Our Lady and How We Got Our Name 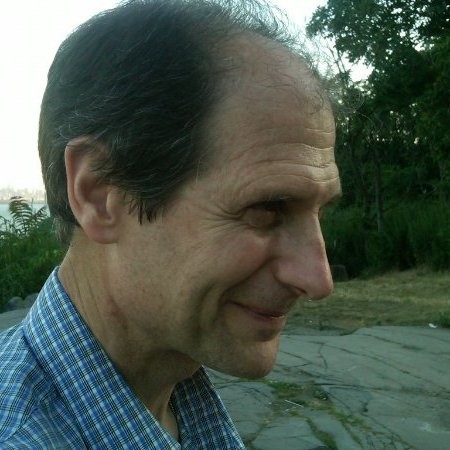 As we approach the Feast Day of Our Lady of Good Counsel, April 26th, Chris Bell reflects on how our mission came to be named after Our Lady and this miraculous image.

How the name of Good Counsel became our mission.

Fr. Benedict had offered to start a home for women under his apostolate for boys and young men called St. Francis Home. “Let’s have a St. Francis Home for Girls,” he said and we found an empty convent at St. Francis Church in Hoboken and that’s what we opened on March 10, 1985.

Our Lady, Our Blessed Mother, had been following me around, though, for a long time and I am slow in recognizing how much influence she had had in my life.

For a year I had the privilege of studying in Rome, as a lay student, and living with the Conventual Franciscan Friars at Casa Kolbe in the heart of ancient Rome. Case Kolbe was the seminary of the Conventual Franciscans when Maximilian Kolbe was a young student. There during 1917 he formed the Militia Immaculatae (Militia of Immaculate One) and the following year he was ordained a priest. I stayed in a room not far from where he lived and the head of the Apostolate for the Militia Immaculatae was still on those grounds. One evening I bumped into an older friar who was devotedly doing a rosary walk in the courtyard. I asked him, “When did you begin to pray the rosary?”

Padre Pacifico responded, “Quando era un piccolo piccolo bambino mia mama mi ha insegnato (when I was a small, small little boy my mother taught me.” And it seemed he had prayed it faithfully ever since with joy and commitment.

Not far away the Conventual Franciscan headquarters are connected to the grand Church called Santi Apostoli. There, every year, they have a Novena to the Immaculate Conception before the great feast on December 8th. While attending one of the novena Masses where the rosary was said, I recall hearing, for the first time I think, the Litany of Our Lady of Loretto and “Our Lady of Good Counsel” is one of the grand titles mentioned. But it did not make a lasting imprint on me then.

In the course of the next three years, along with a small group of people, I began to rise early to pray the rosary for no other special reason I can recall than I felt a little pull toward her, Our Blessed Mother.

Then when I began to search for a location to begin this home, St. Francis Home for Girls, I was told of an empty convent at Our Lady of Good Counsel parish in Brooklyn, in one of the poorest and most dangerous neighborhoods in New York City. I thought it would be perfect. I lived in the rectory with the Holy Cross priests and brothers. Holy Cross Fathers administer the University of Notre Dame, Our Lady’s school.  While praying in that church it did strike me that “Good Counsel” would be a compelling name for our as yet unopened mission to help women and children. Of course, Our Lady must look over mothers in need. Good Counsel is what we hope to give. It also reflects a gift of the Holy Spirit, who fills Our Lady. The name continued to resonate and I did not even know the story of the image which made this title of Our Mother most popular.

Funding was coming quickly enough to renovate the completely dilapidated convent at Good Counsel and I then was directed toward another patron who had a building ready to open.

St Francis Home for Girls opened in Hoboken, NJ at the former convent of St. Francis Church. Within two years, with the help of more friends we opened a second home in the Archdiocese of NY and named it after Terrance Cardinal Cooke, the former archbishop, because of his strong pro-life work and his inspiration to me as he was dying. His last letter was a pro-life sermon for Respect Life Sunday.  Fr. Benedict was also Cardinal Cooke’s confessor and close friend.  Then the third home we opened also in the Archdiocese of NY we called Good Counsel, as it seemed like now is the time to designate Our Lady as our special patron.

Having 3 homes with 3 names sounded good at the beginning, but then it made sense to incorporate all our work under one designation. Good Counsel had always been in my mind. This really was a work Our Lady had to look after. Fr. Benedict , who was the founding chairman of the Board approved with all the other members that She would be our most special overseer.

Our Lady of Good Counsel is known as a miraculous image: One that has healed many people.

Pope Pius XII dedicated his term of office to Our Lady of Good Counsel. Pope John XXIII made a pilgrimage to Her shrine south of Rome to pray for the success of the Second Vatican Council. This image of Mary is a humble one, with Our Lord close to her cheek. If Our Lord is hugging His mother ever tightly, shouldn’t we? If she is willing to give direction to others, as she did at Cana, which will lead them ever closer to Our Lord, shouldn’t we hug her too and ask her for help?

Let us pray the rosary more regularly and seek the joy and devotion which is learned by great saints and humble friars, the wisest men and women in the world with titles, such as Pope, and the meekest who might be brothers or sisters, or workers or farmers or potters or whomever. Let us respond with a loving heart. Anyone can be raised up if one is willing to bow down. Mary is the perfect example and through the Holy Spirit she is ever able to give good counsel.

God Has a Plan