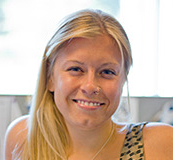 We remember William “Bill” Klatt who passed away in March of 2018.

Bill, determined to help women and children in need, established the South Jersey Home in April, 2011 with the support of his wife Joanne and a team of dedicated volunteers.

Bill was not raised Catholic but converted in 1958. He had a long and successful career in sales, but in the 1980s, Bill was diagnosed with leukemia. Following extensive medical treatment and receiving the "Anointing of the Sick", the leukemia went into remission. Bill’s thanksgiving prayer to God was, “Lord, what do You want me to do with my renewed health?” It was at this time that Bill actively became a pro-life activist. He began addressing high school students about chastity and pro life issues and became the Pro-Life Director for the Camden Diocese for 4 years. As the director, Bill would always receive calls from homeless, pregnant women asking where they could go for help. Bill quickly realized the need for a home and called Sister Grace Nolan, a counselor for homeless, pregnant mothers in Atlantic City, and made an appointment to meet with her. It was at this meeting, Christopher Bell walked in, with no appointment, and this was the beginning of Good Counsel Home Riverside. Bill always felt this was God’s answer to his prayer and he never looked back.

Before the Good Counsel Riverside Home opened, Bill and the Leadership Team worked tirelessly to raise the funds that would be necessary to sustain the home for the first year. Bill was absolute on this mission with the single focus of never closing the doors and ultimately open another home.

The legacy of Bill Klatt lives on- through his family and through the mothers and babies who have called Good Counsel “home.” We remember Bill on this the second anniversary of his passing and echo the words we all hope to hear one day— “Well done, good and faithful servant.”

In honor of Bill and to help support Good Counsel's South Jersey mission, please click here and choose "South Jersey home" from the drop down menu.

March 25th Reflection on the Gospel of Life

"I Knew You Before I Formed You"